Sunny cloud hailed me at the airport in Bandung Husein Sastranegara at Friday afternoon (22 November 2013). It’s been almost a week, weather in Bandung good enough for aviation activity at the airport. My curiosity to the third largest in Indonesia (or fourth ?) after Medan, beating sense concerns for using air transport modes in the area surrounded by mountains-hills, and on altitude of 742 meters above sea level.

The airport was established by the Dutch government at 1921 in the area of Cicukang, Cibeureum Village, replacing Cipagalo Airport, Sukamiskin. Because this area is also in Andir, it is also called Andir Airport. In the past, the airport was used as support facility for the Dutch East Indies Air Force in attempt to conquer Earth of Parahyangan.

The effort finally failed after 24 years later, Indonesia proclaimed independence and was ordained as a de-factocountry on the Round Table Conference in 1949 (KMB). Therefore, all assets belonging to the colonial government handed over to the Government of the Republic of Indonesia. Andir Airport was taken over by the government in 1950 through the handover of Major EJ van Kappen to Major Air Wiweko Soepono.

Husein Sastranegara name attached at the airport on August 17, 1952 to honor one of the pioneer of the Indonesian airlines. Husein Sastranegara was Priangan nobles who left his nobility life to serve in built foundations of the aviation world for this new islands nation. But his devotion only brief, after he killed in accident during reliability test of booty Japanese plane in Yogyakarta at the age of 27. Since then, to commemorate his struggle and tenacity, the airport name was changed from Andir Airport into Husein Sastranegara Airport.

Regarding facilities, this airport relatively complete, rather than Sultan Thaha Airport in Jambi (now being renovations at the airport to raise its class into international airport). It completed with the ATM, a typical food court Bandung neat, Periplus bookstores, comfortable waiting room, prayer room, adequate parking even though the space so limited, and impingement where my hungry-passion, Solaria Resto.

Overall, the airport is very small and is in the military environment. However, highly comfort impression is visible for passengers who would wander out or come to Bandung. Keep in mind, not all taxis can be accepted at this airport since only taxi under Primkop (Primer Koperasi) Air Force that accepted in the airport. Except, for the passengers who came to the airport using any kind of taxi, will still be accepted. 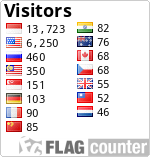